After you have transferred the "motion firmware" to the Locomotion controller (see chapter 14), you can control the robot with the gamepad. With the included gamepad, all functions of the Locomotion controller are immediately available to you after commissioning and the robot can be moved similar to a remotecontrolled car without you having to create your own programme beforehand.

→ To check the settings comfortably and quickly, it is advantageous to operate the robot with the gamepad. Alternatively, you can also control it directly via a user board. In practice, however, this has turned out to be less convenient for initial commissioning. In addition, you can later intervene in the sequence of your programme with the help of the gamepad when using a user board. It is also possible to read the control commands (joystick values and buttons) from the user board and use them in your own program. 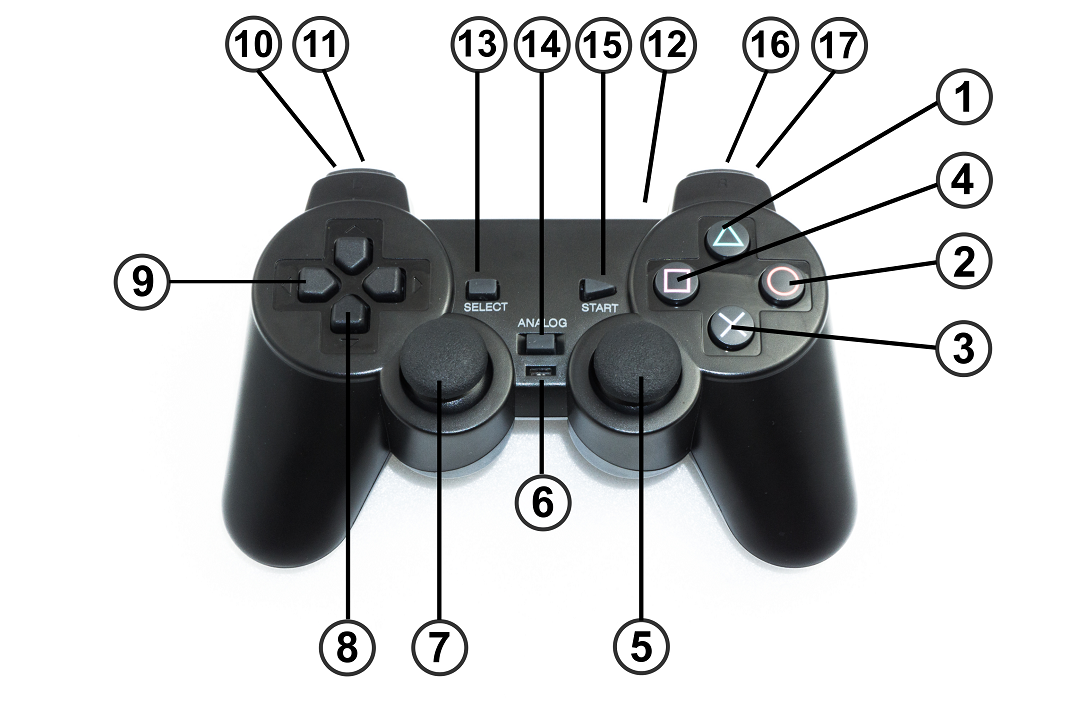 Detailed description of the gamepad functions:

→ All buttons with toggle function (renewed pressing, changes the state) makes the robot board beep in different tone sequence. If you press the key for the first time, the Hexapod Robot Board acknowledges this with a beep and when you press it again (original state) with a tone sequence. This makes it easy to find out what state the robot is in. After the tone sequence has sounded, the original state (start state) is always active.